On my computer with Xubuntu, RawTherapee didn’t start with ./rawtherapee
that means it is not in the system path,
but its easy enough to start it with the full path,
so : /usr/bin/rawtherapee did the trick.
You can try and see if it works on your computer in a terminal window.
Add something like -h and you will get the command line options :

Update 25/06/2016
Like indicated by Darek ( scroll down for full comment ),
rawtherapee should start without entering any path,
so just run it by entering :
rawtherapee

If you would like to save a text document from it,
open a terminal on desktop and use something like this :
( the text file will be automatically saved on desktop, where you can easily find it ) 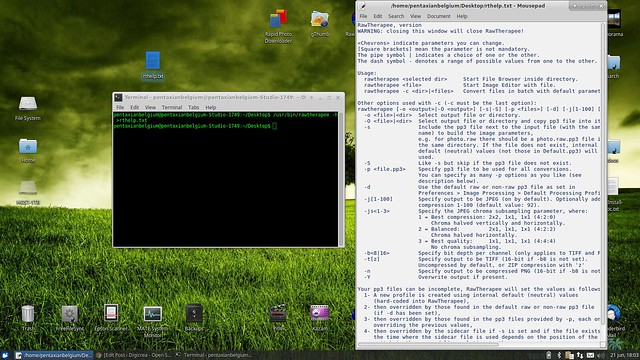 The simplest way to run and develop something in RT is :
/usr/bin/rawtherapee -o <output-file-dir> -c <input-file-dir>

or when put in interactive script :

Open a new document and name it RawBat.sh ( or anything else that you like )
copy and past the above script commands into the text file,
save the new file,
then open a terminal window in the same folder as the RawBat.sh script,
type : chmod +x ./RawBat.sh
( change the name if you had choosen another filename )
The script is now ready to run.

Here is the script in action : 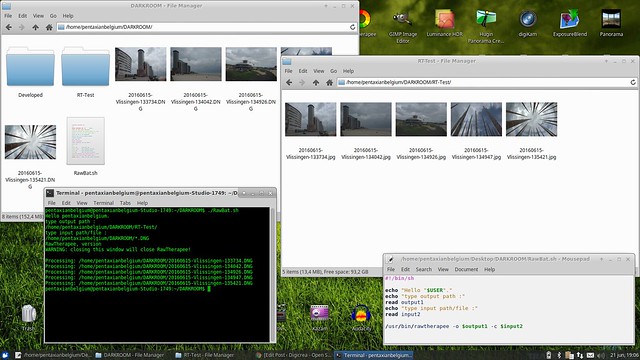